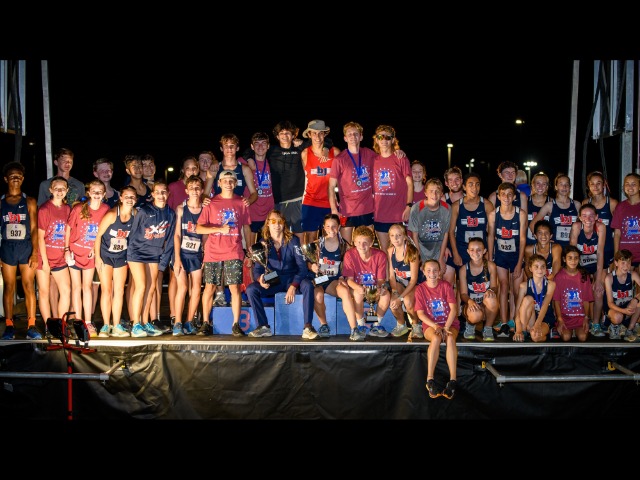 The Bob Jones High School Cross Country team proved once again Friday night that their hard work over the summer is paying off.

The team returned to Madison County for week five of their 2021 season, competing in day one of the Southern Showcase at John Hunt Park. Not intimidated by the rare nighttime race, the team dominated the competition, resulting in multiple top finishes, team awards and personal bests.

Competing against 37 other teams -- some from outside the state -- the boys team took the top award for the boys open 5K, consisting of runners of all grades. The girls team also came out on top in the girls open 5K. Bob Jones freshman boys team scored second place in their race.

After the race, Coach Bill McIlwain, now in his second season as head coach, said that the team was on firm footing after previous seasons were affected by turnover in the coaching staff. He added assistant girls team coaches Emily Smith and Lorin Carter this season and said that he hopes to add an assistant boys coach.

“Normally I like running in the morning on Saturdays because there is less distracting me throughout the day,” Lucy Halter said. “But the weather was so nice that I didn’t mind it too much.”

“It feels awesome,” Bryan said. “I am proud that I stepped up at one of the most important courses and I am glad that my hard work is paying off.”