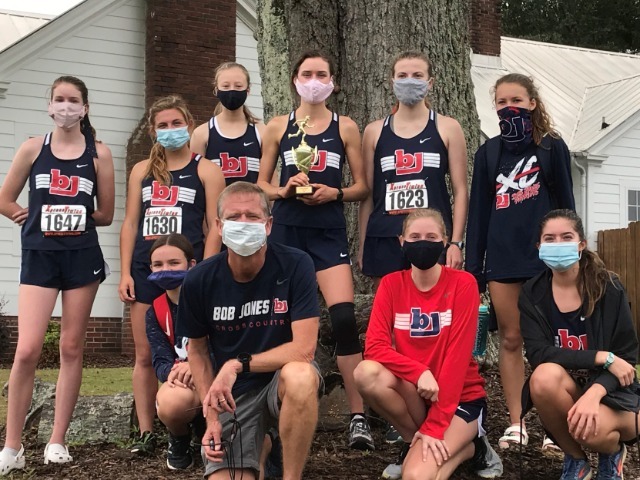 The BJHS Cross Country team shined again today bringing home two trophies in as many races. 18 large school division teams from around the area gave it their all on this challenging hills course with the Boys bringing home the first place trophy and the Girls bringing home second. It was a tremendous team effort from all the Bob Jones athletes as many or our younger runners completed their first 5k race with several others posting personal records.

The Boys team picked up their fourth 1st place win in five outings. James Garrison managed a 3rd place finish despite a fall early on in the first half mile. Ryan Bender and Mateo Santiago were close on his heels claiming the 4th and 5th spots. Isaac Allen 12th, Wade Bucy 14th, and Ryan Goldsmith 15th finished out the top 20.

Next week BJHS travels to beautiful Lake Guntersville to face off against cross-town rival James Clemens, 7A Section 4 rivals Albertville and Grissom, as well as over 40 other top teams from around Alabama and Tennessee.